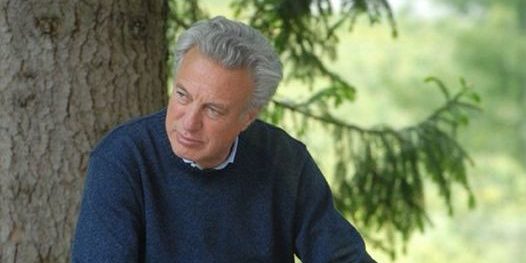 Sorrow for the grave mourning,

all members of the “Villa Miari” Neurocognitive Rehabilitation Study Center in Santorso participate in the pain of Professor’s wife Marina and daughter Tristana for the loss of Carlo Perfetti.

Our sincere condolences are joined by the whole rehabilitation world that mourns the death of the founder of the Neurocognitive Theory for rehabilitation.

We all thank the scientist, the teacher and the man who taught us to always trace new research paths and without whom this rehabilitation reality would not be possible.

The Neurocognitive Rehabilitation Studies Center announces that 2021 will be a year dedicated to the memory of Carlo Perfetti. Among the initiatives there will be the publication of a single issue of the magazine dedicated to him.
All those who want to participate with contributions, memories or stories can send to: segreteria@riabilitazioneneurocognitiva.it

Thoughts from some of his collaborators:

“Carlo Perfetti was a gift for rehabilitation and for our Veneto region. After his inability due to illness to continue his study and research work, like his friends and collaborators, we took up the challenge by continuing to promote his ideas and his scientific thinking.
Currently, the entire rehabilitation of the Alto Vicentino and Veneto is recognized in the Neurocognitive Theory promoted by Carlo Perfetti which sees in Knowledge the founding principle for the optimal motor and linguistic recovery for the patient with damage to the central nervous system.
The void that Carlo Perfetti leaves in all of us is filled thanks to what he has done for the rehabilitation world and for all of us who have had the good fortune and the honor of knowing him “.
Carla Rizzello, Scientific Director of Centro Studi di Riabilitazione Neurocognitiva

“Carlo Perfetti was for me, as for all neurocognitive rehabilitators, a true Master and a savior. He saved us from the certainties of stagnant and obsolete knowledge to lead us on the uncertain paths of research. Paths not traced but to be traced, with curiosity, commitment, stubbornness and perseverance. Gratitude to him for all that he has transmitted to me professionally and humanly. ”
Marina Zernitz, didactic head of the Centro Studi di Riabilitazione Neurocognitiva

“I met Prof. Carlo Perfetti at the beginning of my professional career and I am proud and grateful to have always worked alongside him.
He was my teacher and the rigor of his teachings accompanied me in his growth as a speech therapist and as a person.
A precious, unique, timeless legacy that I will continue to communicate and spread “.
Annamaria Boniver, Speech therapist of the Centro Studi di Riabilitazione Neurocognitiva

“Carlo Perfetti has moved the waters on which rehabilitation floated and he did it by changing that water, and he did it from the province not from a center of power. When someone throws a stone into stagnant water, the intent is clear. Many throw stones, sometimes at random, but stirring the waters is often not enough: a first moment of disorder is followed by a flat calm that leads every irregularity to a reassuring normalization. Back to float in the pond. Everything changes if the person who throws the stone is this stone himself, and if, in addition to stirring the waters, he has a cultural project to completely overturn the very idea of ​​pond: then unexpected scenarios can be opened.
Carlo Perfetti was just that. A stone dense with culture, in the broadest possible meaning of the term and not only in technical-rehabilitative terms, deeply scientific and deeply humanistic, launched into the methodological tranquility of rehabilitation. The “stone” Perfetti is still feeding waves that propagate “.
Gaetano Grotto, Responsabile UOS Riabilitazione Neurocognitiva Villa Miari

“One of the greatest professional merits that I attribute to myself was that of having sensed the greatness of the Professor already as a university student and then transferring life and family here to Schio in order to work with him was the choice consistent with that youthful intuition. I am proud, when I replaced him as Primary, of having defended the quality of the treatments provided to our patients as he had taught us, which put man at the center of his actions! “
Giuseppe Filippi, ex Direttore del Dipartimento Funzionale di Riabilitazione

“For those who, like me, were not in the scientific field, of prof. Perfetti has always struck his great ability to make complicated concepts simple and to bring together very different disciplines, in a cultural contamination that over time has given absolutely original and highly valuable results. At the basis of all this work there was for Carlo Perfetti the centrality and attention to the patient, the true constant objective of his work and this is his greatest scientific and human heritage”.
Lauro Paoletto, Presidente del Centro Studi di Riabilitazione Neurocognitiva

“Being a great master, Carlo Perfetti not only left us his discoveries, but also a research method to continue his work even in his absence and the indelible trace of a style based on frankness, methodological rigor and obstinate will to go beyond what is already known, looking for new connections between the phenomena studied and between different disciplines (including philosophy!). To all this I add the grateful memory of the kindness and extreme willingness to exchange ideas with which he has always welcomed me into his home in Lunigiana, while I was working on some articles for the magazine “Neurocognitive rehabilitation”.
Luca Mori, filosofo

“Carlo Perfetti was a true teacher, a great doctor, capable of intertwining scientific knowledge, clinical intelligence and ethical consistency like few others.
In Schio he built a real neurocognitive rehabilitation school. The Perfetti method goes against the business model that has established itself in healthcare and of which we are seeing and suffering all the limitations in the drama of the current pandemic. Perfetti aimed at the concept of learning that must take place under systemic conditions. He did not think in purely anatomical and mechanistic terms, for him the sensorimotor circuits in which the muscular system and the nervous system interact to achieve the goal were important. He aimed at the replacement and plasticity of the nervous system despite his specialization. He considered the movement of the body as a form of knowledge which, in pathological conditions, could be learned by the neurolesal. He knew the material meaning of metaphor well, because language was body, corporeality, to put it in Merleau-Ponty’s words, and I think that Carlo would have agreed, his own body.
Carlo Perfetti was a rough and generous Tuscan, as one who was born and raised in that territory between Massa, Carrara and Lunigiana can be. He was not the type to succumb to academic or economic flattery, which could lead to yielding in his way of doing and thinking “.
Alfonso Maurizio Iacono, filosofo.

Internship
It is possible to carry out voluntary training periods.